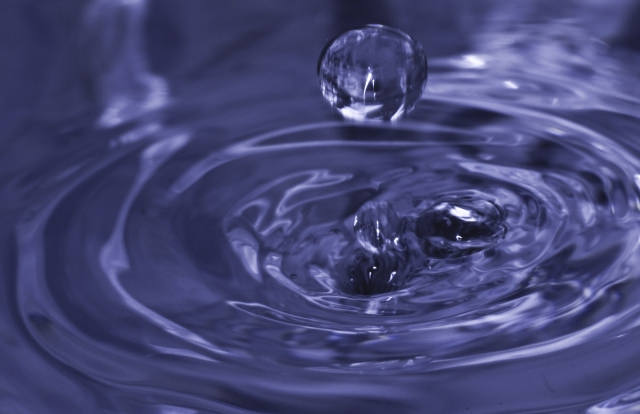 The power of end-to-end user security context with APIs

This post was originally published as “Identity Propagation in an API Gateweay Architecture” on the Apigee Blog.

As enterprises continue to expand their usage of APIs, the need to keep those APIs secure increases as well. One way to bolster security and improve auditing and authentication is the transmission of an authenticated user’s security context from the front end of a request pipeline, beyond the API gateway, and all the way to the back-end implementation of an API or service.

This pattern can in some instances cause some complexity, but, as you’ll read in this post, it provides some valuable benefits.

In most architectures, the propagation of the end user security context tends to stop at the API gateway layer, and a more generic security mechanism such as Mutual Auth SSL or a service account (with basic authentication) steps in to secure the API provider layer.

However, there are several benefits to propagating the authenticated user security context all the way to the API provider:

If there is an intermediary between the front-end (such as a native mobile app or single-page web app) and the API implementation, such as an API gateway, this pattern becomes more complex, but is still possible.

This is where token exchange functionality such as that defined by theOAuth2 Token Exchange protocol (grant_type=urn:ietf:params:oauth:grant-type:jwt-bearer with requested_token_use=on_behalf_of; in the most recent spec drafts “on_behalf_of” was changed to “subject_token”), the WS-Trust(active clients with On-Behalf-Of and ActAs) spec, and Windows Kerberosextensions (Protocol Transition and Constrained Delegation, which is based upon Kerberos) can be used.

This token exchange functionality essentially enables an actor to exchange a token (such as SAML2 or JWT) with one audience (presumably its own) for a token that describes the same user, but with a different audience from an identity provider. This is done in a secure manner, meaning there are significant limits placed upon which audience the new token may reference.

Two common forms of this token exchange are delegation, where the protocol provides a concept of the intermediary that is making the call (such as the WS-Trust ActAs), and impersonation, where the protocol provides no concept of the intermediary (such as WS-Trust On-Behalf-Of). The OAuth2 Token Exchange spec defines similar concepts for OAuth2 and OpenID Connect (OIDC); however, it uses the terms to mean the opposite of how they are used here.

This pattern is an evolution of a similar pattern used in the SOA world. In 2011, I did a presentation about using this pattern for SOA implementations with SOAP actors, SOAP web services, SAML2, WS-Trust, and WS-Security. The emergence of APIs and API gateways merged the concepts used in the SOA world to enable front ends (such as native mobile applications and SPA applications) to communicate with the backend and what (SOAP web services) was used by backend intermediaries (ESBs) to communicate with the service implementation layer.

Now, the entire request/response pipeline, from the front-end consumer to the backend implementation, can use RESTful APIs.

With an API gateway intermediary in place, the whole model will look something like this:

Let’s make some assumptions and set some requirements for this scenario:

So, what specs can be used to implement this security model? If you’ve read my earlier posts, then you might guess that the answer lies within OAuth2 and OpenID Connect — and you’d be correct.

In particular, OpenID Connect can be used to perform the initial authentication of the end user signing into the mobile application as described in the blog posts here and here.

As outlined in the diagram above, the result of that initial authentication includes an OIDC ID token and OAuth2 access token. The ID token must be validated per the spec, then information contained in it can be relied upon to describe the authenticated user.

Now, if the OAuth2 access token is also a JWT token, that makes the downstream authentication (access token validation by the API gateway) easier. If it is an opaque token, then the system actor must be able to support passing the access token into an IdP OAuth2 Introspection Endpoint to validate the token.

All of these details are discussed in great detail in my OAuth2 blog post and OIDC Series. Regardless of the validation process, the token must be validated and, if successful, then the claims provided through that access token (JWT) are available to the system for authorization decisions.

Securing each step of the request’s journey

The mobile app will make API calls to the API gateway; identity information will be passed from the mobile app to the API gateway layer. When the request arrives at the API gateway, the access token must be extracted from the request and validated. This validation step could be performed locally, if the token is a JWT, or could be done by querying the identity provider’s OAuth2 Introspection Endpoint or other identy provider-specific mechanism. If necessary, a call can be made to the OIDC UserInfo Endpoint.

Some type of coarse-grained authorization decision will likely be made at this point, the details of which are beyond the scope of this conversation. Finally, the access token that was passed into the API gateway with the request needs to be replaced with an access token whose scope matches the downstream actor’s (API provider’s) scope.

This is accomplished with a Token Exchange Grant call defined by the OAuth2 Token Exchange spec. The new access token is placed into the API request (replacing the existing token) and that request is routed to the API provider layer.

When the request arrives at the API layer, the access token is extracted and validated in the same fashion as the input token at the API gateway layer. Likewise, the UserInfo endpoint can be queried for additional information, a fine-grained authorization decision can be enforced, and possibly a new downstream token obtained for the datasource tier. For the last component, this assumes that the datastore layer can process an OAuth2 access token.

The request that is sent to the datastore is almost certainly going to look different than the one that was sent to the API provider. There may also be multiple datasource queries for a single API request. Implementing the OAuth2 access token check at the datastore will likely require a custom authentication module on the target datastore in order to implement the desired behavior.

An example of a database that supports something like this is DB2 with DB2 Connect using Kerberos authentication. More details on that implementation can be seen here.

While extending the end user’s security context back to the API provider introduces complexity to the authentication pattern, it brings valuable benefits including elimination of privileged service accounts on publically-facing systems (such as the API gateway), secure auditing, and efficient support for attribute-based access control (ABAC) decisions.

Read other posts that I have contributed to the Apigee blog.